Each year, the Canterbury Maps partners contract new aerial imagery to be captured over the Canterbury region. This imagery is captured from a specialist camera on board a small plane and added to the Latest Imagery Basemap on Canterbury Maps. Not all imagery in the basemap is captured at the same time but it is all combined together to make up the latest imagery basemap. New Imagery captured over the 2020/2021 summer has been added to the latest imagery basemap. 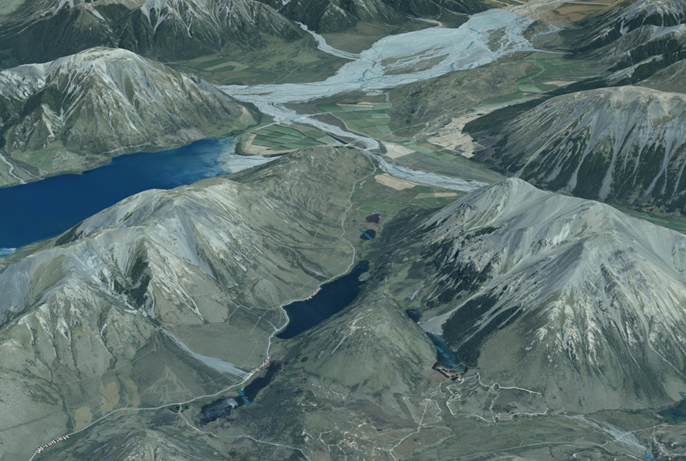 New imagery captured over the 2020/2021 summer has been added to the latest imagery basemap. 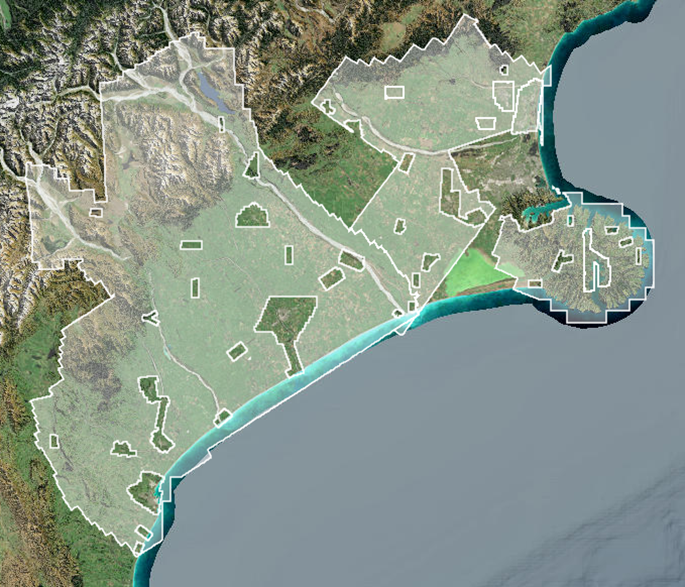 As part of the response to the May-June floods in Canterbury, aerial imagery was captured of flood affected areas. The imagery helped civil defense, scientists and engineers analyse the impact of the floods. The imagery was flown on Wednesday 2 June once cloud cover and weather conditions were suitable for flying, so does not capture the height of the flood.

It is important to note the the imagery is level 2 quality, meaning its horizontal accuracy has only been quality assured to a basic level, and it may contain some noise and artifacts within the imagery.

You can view the imagery in this map viewer or add the Imagery item layer to the standard Map viewer.

You can also view a collection of ground and oblique photos which were taken during the flood in the Flood Imagery Register (FIR) app.

The areas which were captured can be seen below 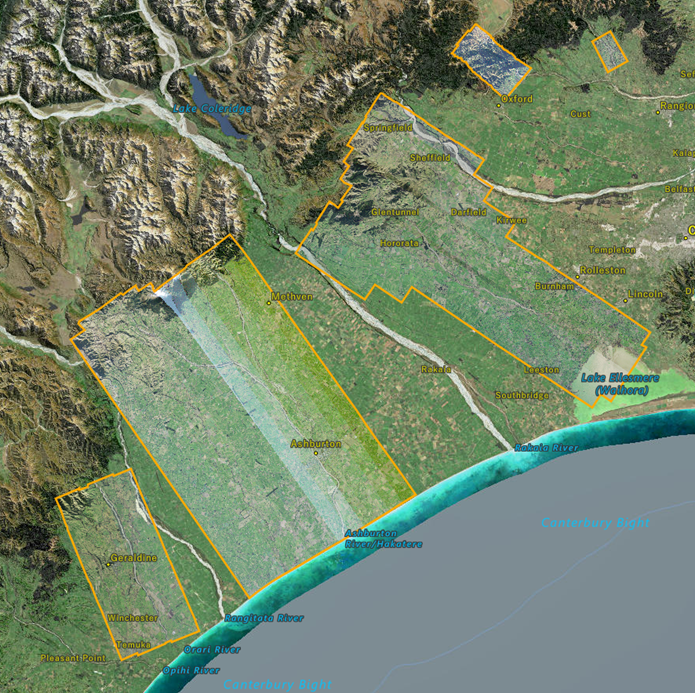 Using the swipe tool in the map viewer you can clearly see where flooding was present even though the imagery was taken after the height of the flood.

There are still a few areas of imagery which are due to be released in the next few months, these areas are listed below.

The new imagery season will then soon commence over the 2021/2022 summer. The areas which will be captured during this season will be announced later this year so stay tuned! In the meantime, you can keep up to date with all the latest and contracted imagery by checking in on the LiDAR and Aerial Imagery Collections map viewer.